Helsinki, Valladolid and private sector leaders respond to the climate crisis – committing to net zero carbon buildings at the BUILD UPON2 summit 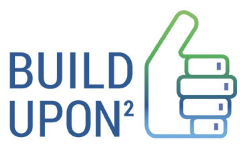 By signing the Commitment the cities and companies pledge to reach net zero emissions for their own buildings by 2030, and cities pledge that all buildings in their cities will meet the target by 2050. Several signatories including Helsinki have announced their intention to get there even faster, with buildings playing a central role in the city’s goal to be entirely carbon-neutral by 2035, one of the world’s most ambitious city climate targets.

Helsinki and Valladolid join 26 other leading cities across the world that have already signed the Commitment. This signal of increasing ambition from European cities gives an early boost to the ‘European Green Deal’; the upcoming European Union’s flagship strategy to establish the first-climate-neutral continent.

The commitments were unveiled today at a Brussels summit hosted by the BUILD UPON2 project. Bruno Sauer, CEO of GBC España the project coordinator, said: “As the COP25 climate negotiations open in Madrid this week, the partners of the BUILD UPON2 project are calling on public and private sector leaders to commit to decarbonising their building stock, and work with us to develop ambitious strategies to renovate and regenerate our buildings.”

As part of the BUILD UPON2 project, the Irish Green Building Council is working in close cooperation with Dublin City Council and other European cities to accelerate energy renovation. More specifically, the IGBC is developing a multi-level framework that contains a suite of milestones and measurable progress indicators for building renovation strategies, integrating data and insights from the local authority level.

Private sector leaders are also stepping up to the challenge. Ylva, a major property owner in the Helsinki area is committing to net zero carbon in operations across all its buildings by 2025. Like the City of Helsinki, the company is also starting to tackle embodied carbon, a climate issue for construction that is on the rise. [i2] For Ylva, Newsec, Grosvenor Group, Grimshaw Architects, Deerns and BuroHappold, joining the Commitment is a pathway to becoming members of EP100 – a global corporate leadership initiative for energy-smart companies, delivered by The Climate Group in partnership with the Alliance to Save Energy. It brings together energy-smart companies committed to using energy more productively, to lower greenhouse gas emissions (GHGs) and accelerate a clean economy. The Commitment’s inclusion of energy efficiency as an essential component to a net zero carbon strategy supports the improvement of energy productivity.

Also, in Ireland, leading developers and state bodies are committing to tackle upfront carbon emissions from construction sector. On Monday 2nd December, property developers, Hammerson, Hines and IPUT, and state procurement bodies, Transport Infrastructure Ireland and Dublin City Council, have committed to reduce the upfront embodied carbon associated with their projects. To mitigate the full carbon impact of the construction of their projects, the commitment signatories will now request Environmental Product Declarations (EPDs) which provide verified and transparent information on the environmental footprint of a construction product in a standardised way.[i3]

For further information about Build Upon 2 and /or advancing net zero commitments please contact Marion.