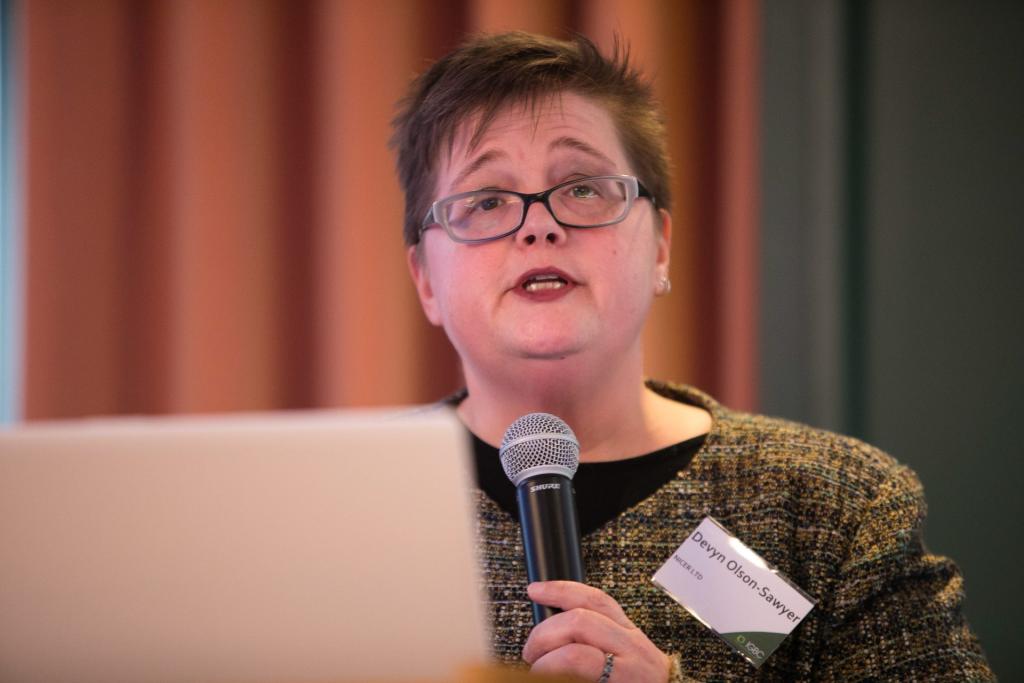 We are sorry to share the sad news of the death of our dear friend and colleague Devyn Olson-Sawyer on 17th September 2019. Devyn has been an integral part of the Green Building community in Ireland for over a decade and she co-founded the Irish Green Building Council in 2011. She established the Green BUG (Green Building Users Group) series of network meetings for EASCA in 2008, which brought together enthusiasts for Green Building. It is often said of the Velvet Underground that whilst not many people bought their records, everyone who did set up a band. This is exactly what happened with Green BUG, as so many of the regular attendees went on to set up Green building consultancies, organisations or practices.

Through her Green Works programme in 2010/2011, in Green hubs in Dublin, Galway, Sligo, and Cork over 1600 were trained in Green Building, Green Enterprise and Permaculture.  Many of these were also inspired to change direction and went on to develop successful careers in sustainability. It was so common to hear from IGBC members that they were first inspired to a career in green building through the Green works programme. In addition, she trained over 150 professionals in LEED firmly establishing LEED in Ireland.

Deeply loved and missed by her husband Gerry, mother Lynda, father Clark, sisters Cara and Callie, brothers Kai and Micah, brothers-in-law, sisters-in-law, aunts, uncles, nephews, nieces and cousins.  A beloved and integral part of the community of Cloughjordan, Co. Tipperary and formerly of Dublin, Ireland, Portland, Oregon and Beaver, Pennsylvania. She leaves behind a heartbroken community of friends, relatives, neighbours, and colleagues that she so greatly influenced with her witty intelligence, generous nature, and abundant charm.

Reposing on Sunday September 22nd from 2-3pm at Keller Funeral Home, Borrisokane Road, Nenagh E45X094 followed by a private service. There will be a celebration of Devyn’s life, open to all, at the Enterprise Centre (WeCreate) Cloughjordan, Ecovillage, Co. Tipperary E53VP86 starting at 4:30pm