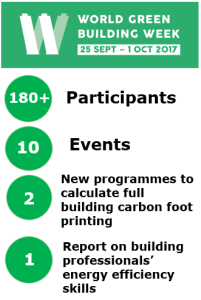 The IGBC would like to thank all its members that contributed to the success of that week: BDP,  Cundall, Ecological Building Systems, Henry J Lyons Architects, Hibernia REIT, OCSC, Reddy Charlton Solicitors, Saint-Gobain and SEAI. 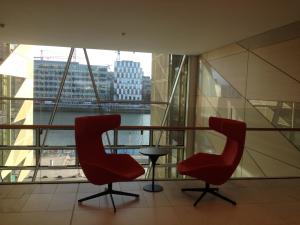 The week kicked off with a tour of the new central bank of Ireland designed by Henry J Lyons with consulting engineers OCSC. Walls were the contractors on the project. The building is the first office development in Ireland to attain a BREEAM Outstanding rating for its design stage – the highest available under BREEAM. The tour led by architect Pat Kirwan (Henry J Lyons) focused on the use of high performance, long life materials to create a highly sustainable building and on the wellbeing aspects. 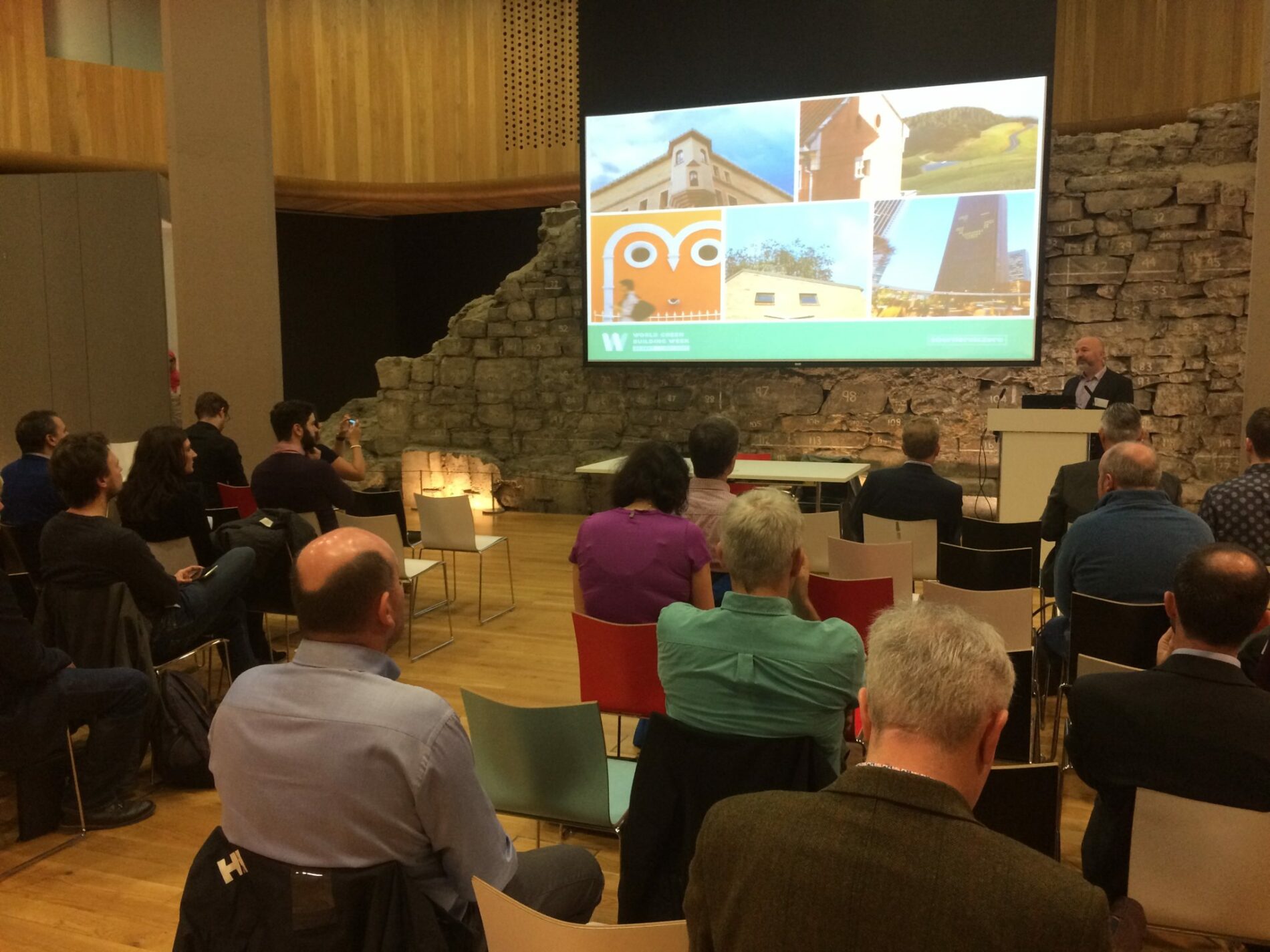 Going beyond zero, Cundall organised a business briefing on how our buildings should make a positive impact on the environment. Pat Barry, CEO of the IGBC presented on the importance of measuring embodied carbon in new construction. Mr Barry launched an Environmental Product Declaration Programme which allow Irish manufacturers and suppliers to declare the impacts of their products, by providing 3rd party verified statements called EPD. Thanks to a new partnership between the IGBC and LCA experts -Bionova, Irish building professionals will soon be in a position to quickly calculate the embodied carbon in a building using the One Click LCA software. 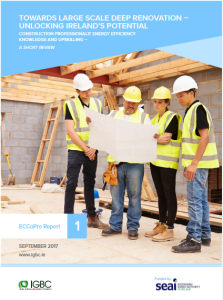 “Construction professionals’ energy efficiency knowledge and upskilling – A short review” was launched at the kickoff meeting of the Environmental Certification for Construction Professionals (ECCoPro) project. Organisations interested in taking part in the process, should contact Marion@igbc.ie. 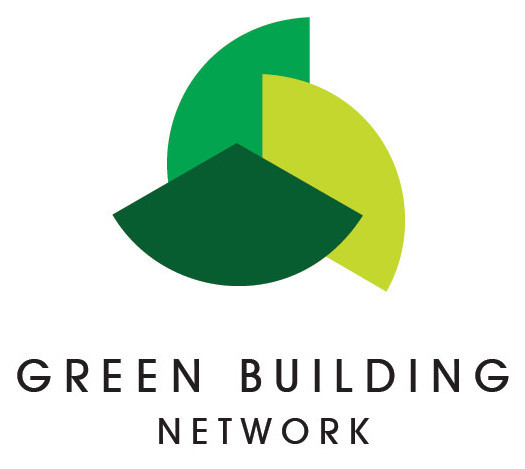 The IGBC launched our new monthly green building network during World Green Building Week. Chris Croly from BDP kicked off the discussion with a presentation on NZEB in the non-residential sector. The general conclusion was that the revised Part L  NZEB for commercial buildings  presented no great challenge to the participants. Due to Better Homes 2017, the next Green Building Network meeting will take place on Wednesday 29th Nov. The suggested topic is: Ensuring a higher level of ambition for the imminent consultation on  NZEB part L-residential. 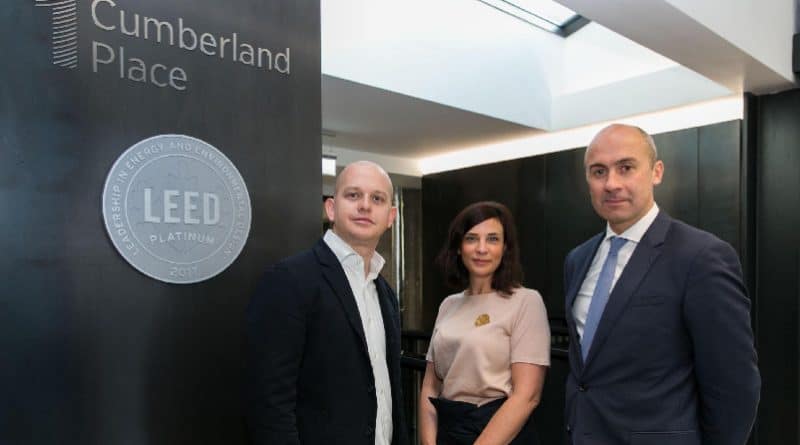 1 Cumberland Place achieved LEED Platinum certification placing it among one of the few offices in Dublin to achieve the highest LEED accreditation. The WGBW tour was organised by owners Hibernia REIT to coincide with the unveiling of their LEED Platinum plaque. Patrice McVeigh of OCSC made a presentation on how the team achieved their accreditation. One of the key sustainable features for the project was that the majority of the existing building was retained.  It is also an ideal city centre location with excellent access to public transport and amenities.

As the first versions of green leases are now being seen in Ireland, Reddy Charlton Solicitors organised a briefing session on the topic. Speakers explained the “green lease” in the context of the NZEB standard and demonstrated with practical examples of existing compliant commercial buildings. 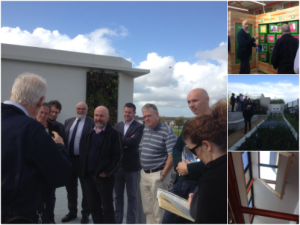 Darragh Lynch of Darragh Lynch Architects presented on the Ballymun Boiler House project. The project is an important exemplar of building reuse with many features designed to conserve resources and demonstrate the latest research with regard to environmental sustainability.

Pat Barry CEO of the IGBC presented on the Home Performance Index (HPI) and health and wellbeing in homes as part of Green-Door Ireland weekend.