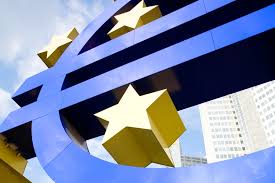 On 22 September, Eurostat published a guidance note about the accounting treatment of energy performance contracts. This practice significantly increases the possibilities for public bodies to use such contracts, by including and clarifying the circumstance in which these contracts can be recorded off government balance sheets.

According to the publication, energy performance contracts (EPCs) in the public sector offer a practical solution to making public buildings and other public infrastructures more energy efficient, as the initial investment can be covered by a private partner and repaid by guaranteed energy savings.

However, frequently these EPCs simultaneously contains elements of a rental, service, lease, purchase or loan agreement, making them much more complex. Therefore, Member States requested that Eurostat work with National Statistical Institutes to reflect on the most appropriate recording of EPCs in government accounts, which has resulted in this guidance.

Vote in Parliament Raises Ambition Level of the EPBD

On 12 October, Members of the European Parliament (MEPs) in the Industry and Energy Committee (ITRE) voted to adopt the BENDSTEN report on the Energy Performance of Buildings Directive (EPBD), providing Parliament with a strengthened position ahead of negotiating talks with the European Council on the final version of the EPBD.

ITRE’s adoption of the report supports measures that will ensure the contribution of the buildings sector to the overall EU energy efficiency target is maximised through improved national long-term renovation strategies, including milestones and indicators to monitor progress towards 2050 targets.

The inclusion of a vision for a Nearly Zero Energy Building Stock by 2050 calls for buildings to become as energy efficient as possible, with maximum renewable energy supply.

MEPs also voted for building renovation passports (BRPs) –an electronic or paper document that outlines a long-term (up to 15-20 years) step-by-step renovation roadmap to achieve deep renovation for a specific building. These could include trigger points to ensure that renovations happen at the most appropriate time in the lifespan of a building.

The final version of the EPBD will only be adopted once ‘trilogue’ discussions are concluded -trilogue is the process by which the European Commission, Parliament and Council negotiate on the basis of their respective positions. The European Council adopted their position in June, however this weakens the Commission’s position. A final position on the EPBD is expected in December.

As moves to strengthen the Energy Performance of Buildings Directive are welcomed across Europe, there are questions on the progress of the Energy Efficiency Directive (EED) due to political infighting.

Adam Gierek, the rapporteur for the EED, stands accused of negotiating key aspects of the directive that are contradictory to the stance of his own political group, the Socialist and Democrats (S&D).

An initial draft of Gierek’s report was criticised for its focus on primary energy consumption and for ditching a 40% energy saving target, which the S&D group support.

Gierek’s latest report supports a 40% efficiency target, indicating that he has succumbed to pressure to toe the party line. However, Gierek is still subject to criticism as opponents suggest changes to final energy consumption would decrease the overall actual target.

The uncertainty and tension surrounding the vote has led to calls for Gierek to be stripped of his role, a rare move in Parliament. A final ITRE vote is scheduled for 28 November. 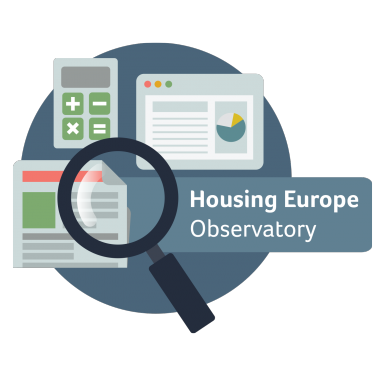 A new report from the Housing Europe Observatory – the research branch of Housing Europe – has revealed that housing markets have started to speed up across the EU, but cautions that much of this growth is leading to societies that are increasingly unequal.

The report also draws on the important role of housing renovation in meeting climate objectives. However, it outlines a lack of detailed understanding about the key drivers for energy renovation and says that EU energy policies must play a role in creating a framework for more renovated houses.

In particular, social housing is marked as important for policy-makers as, although it only makes up 11% of the housing stock of EU countries, on average their energy performance is better than private rental or homeowners sectors. This is largely due to the growing expertise of social housing providers in renovation activities.

The report also highlights the important role that the construction industry can play in achieving the energy transition and the need for innovation to further increase renovation in a cost-effective way.

Further information can be found here.

The EU-funded project, ExcEED (European Energy Efficient building district Database) – which aims to gather data on the energy performance of buildings has published a policy factsheet on data collection.
According to the factsheet, data collections methods are lacking across Europe, despite its usefulness.

Data about buildings is collected via various methods including Eurostat data, EU Funded Projects, Energy Performance Contracts, whilst buildings are being designed based on simulations rather than actual performance.

In addition, the platform will be designed to integrate data from existing and new databases, metering infrastructures and files. In doing this, the project will define a standard to collect, tag and save building energy data and other type of information set in the database.

Communication on Public Procurement in Europe

On 3 October, the European Commission announced an initiative to carry out procurement more efficiently and in a sustainable manner. As part of this, the ‘Communication on Public Procurement’ in Europe was published, setting out a public procurement strategy which sets out the overall policy framework and defines clear priorities to improve procurement in practice.

According to the Communication, for green procurement, the Commission will  issue an updated version of the ‘GPP Training Toolkit’ and will develop instruments to calculate the life-cycle costs for certain products.

It also proposes a recommendation to professionalise public buyers because a skilled workforce enables effective implementation.

In parallel, a targeted consultation to collect feedback from stakeholders on how to stimulate innovation through the procurement of goods and services has been published.

The brochure aims to encourage procurers to consider the policy framework and strategies such as strategic thinking and market engagement, whilst also providing guidance on identifying where and how to make a purchase more circular according to the principles of reduce, reuse, recycle and recover. 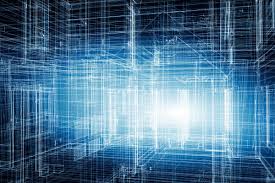 A new European project, BIMEET, has been launched by the Luxembourg Institute of Science and Technology. The project is funded by Horizon 2020 and brings together 9 partners around BIM technology as a key digital support for the energy efficiency of the built environment.

The goal of the project is to create a standardised skills framework applicable across the EU in order to develop training modules focusing on energy efficiency and BIM. In order to achieve this, partners in the project are working to:

On 4 October, the EU published the 2017 version of the EU energy statistical pocketbook. The booklet  provides energy statistics for all EU countries and the EU as a whole, covering areas including energy production and consumption, socio-economic indicators, and the impact of the energy sector on the environment.

The booklet also provides an  energy profile for each EU country and details of each country’s progress towards the EU’s 2020 climate and energy targets.

It is expected that a public consultation will be launched shortly with an update of the roadmap expected in 2018.

The UK Government has published the Clean Growth Strategy which outlines how the UK plans to meet the country’s legally binding climate goals.

Key areas of interest within the document include the announcement of the aim to bring as many homes as possible up to EPC band C by 2035, the tightening of minimum standards for rented properties and strengthening energy performance standards in building regulations.

On 14 September, the Finnish Government adopted their medium-term climate change plan to 2030. The plan ‘Towards Climate-Smart Day-to-Day Living’ sets out how Finland will reduce greenhouse gas emissions by 2030 in the non-emissions trading sectors, including building specific heating.

The plan sets out key actions that can be taken in the building sector to ensure Finland meets its goals, including improving energy efficiency and promoting the use of renewable energy in the existing building stock.

Further information on the plan can be found here