This year looks set to be a progressive year for European energy and environment policy as further progress is made in the move towards a circular economy and a number of files under the European Commission’s Clean Energy Package look set to become EU law.

2017 ended on a positive note with the European Parliament, Council and Commission agreeing on a position on the revised Energy Performance of Buildings Directive (EPBD). The final text is due imminently with an expectation that this will become EU law in the next few months.

In 2018, there will be further progress on the Clean Energy Package as Parliament, Council and the Commission are set to negotiate their respective positions on the Renewable Energy Directive Energy Efficiency Directive (EED) and the Regulation on the Governance of the Energy Union.

In parallel, the Commission looks set to adopt a new set of measures in 2018 to facilitate the move towards a circular economy, including a new plastics strategy for the EU and a monitoring framework for the circular economy.

Key dates for the first half of 2018 are outlined in the table below.

Agreement Reached on the Energy Performance of Buildings Directive 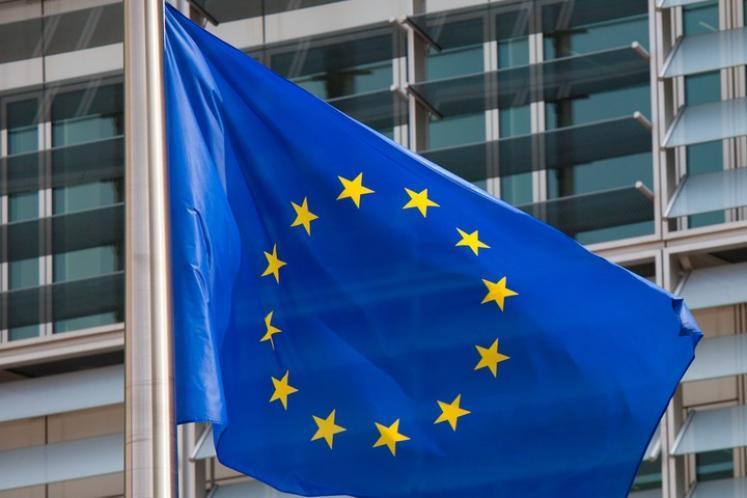 On December 19, the European Commission, Council and Parliament agreed their position on the revised Energy Performance of Buildings Directive (EPBD). Improvements agreed to include measures to strengthen the energy performance of new buildings while accelerating the rate of building renovation.

The agreement firmly establishes the role of national renovation strategies in delivering a highly efficient and decarbonised building stock by 2050, something our Europe Regional Network has advocated for.

The strategies must clarify the contribution of the building stock to the 2030 Energy Efficiency target, include milestones for 2030 and 2040 and indicative Measurable Progress Indicators (such as renovation rates or a maximum energy consumption per m2).

The strategies must be publicly consulted on and there will also be an inclusive consultation during the implementation phase, key new requirements influenced by the Build Upon project.

Other elements in the revised text:
The final text of the new EPBD is due to be formally approved by the end of January. Following this, the updated EPBD will be published in the Official Journal of the Union and will enter into force 20 days after publication.
Member States have 18 months to transpose new elements of the Directive into national law.

Parliament Votes on Key Elements of the Clean Energy Package

On 17 January, Members of European Parliament (MEPs) met in Strasbourg to agree their position on key elements of the Clean Energy Package – the Energy Efficiency Directive (EED), the Renewable Energy Directive (RED) and the Governance Regulation.

Under the EED, Parliament voted in favour of a binding EU-level target of 35% for energy efficiency improvements. Although some groups would have preferred a target of 40%, parliament’s position is more ambitious than both the Commission and Council who advocated for a target of 30%.

MEPs position on the EED also accelerates the delivery of the annual energy savings requirement under Article 7 from 0.75% to 1.22%. This has been achieved by fully including energy use in transport after 2020 and ensuring that savings which retire are replaced in addition to delivering new savings each year. This move increases the ambition of the Commission’s proposal by over 50 %.

MEPs also voted on the RED and agreed to raise the  share of renewable energy to 35% of the EU’s energy mix by 2030. This level of ambition sets the stage for a tough round of discussions with EU Member States who have agreed a much lower target of 27%.

MEPs also endorsed capping ‘first-generation’ biofuels and phasing out the use of palm oil. MEPs also agreed for support schemes for renewable energy from biomass to be designed. This aims to avoid the unsustainable use of biomass for energy production if there are better industrial or material uses. For energy generation, priority should be given to burning wood wastes and residues.

At the session, MEPs also voted on a report on the Governance Regulation. In the vote, MEPs voted in favour of a proposal to bring down to zero the amount of greenhouse gases that can be emitted in the atmosphere by 2050, along with a highly energy efficient and renewables-based energy system within the EU.

Parliament also voted in favour of turning long-term emissions strategies into long-term climate and energy strategies with Member States required to use a binding template to set energy efficiency milestones for 2035-2040-2045.

The report on governance also provides for a definition of the energy efficiency first principle to ensure prioritisation of the principle in all planning, policy and investment decisions.

Parliament will now enter into negotiations with the European Council and Commission to determine the final text for each of these three regulations.

Although Parliament has a strong political mandate for each of these files, it is expected that negotiations will be particularly tense due to the varying levels of ambition between the three institutions.

On 18 December, trilogue discussion between the European Parliament, the Commission and Council concluded with an agreement to boost recycling targets and waste prevention across Europe.

These new laws and targets are critical in Europe’s transition to a circular economy. Under the agreement, Member States will be required to recycle at least 55% of their municipal waste by 2025, 60% by 2030 and 65% by 2035. Parliament had hoped for a slightly more ambitious target of 70% by 2030.

The agreement also includes a 10% cap on landfill by 2035 and improvements in the traceability of hazardous substances in products and waste, decontamination of hazardous waste and restrictions on oxo-degradable plastics and planned obsolescence.

The new laws will come into force at the beginning of 2018 and must be transposed into national legislation within 24 months of this date. 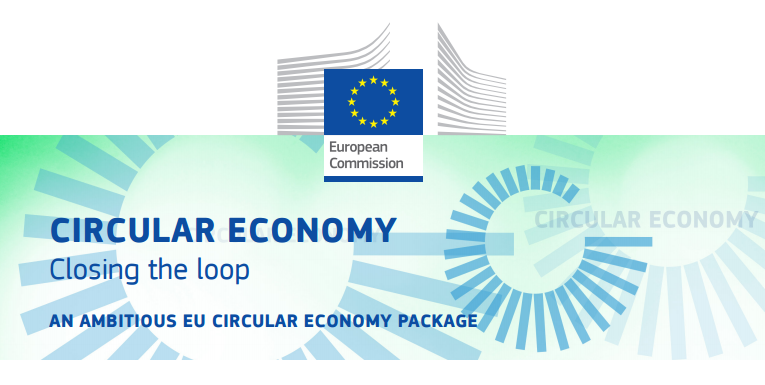 In January 2018, the European Commission adopted a new series of measures aimed at implementing the objectives set out in the Circular Economy Action Plan.

In addition to the above initiatives, the Commission has announced that it will host a conference on the Circular Economy on 20-21 February in Brussels. This conference will discuss the measures outlined above and explore new areas of action for the next few years. The Europe Regional Network will deliver one of the keynote addresses in the construction section of the conference.

Monitoring Framework on Progress Towards a Circular Economy 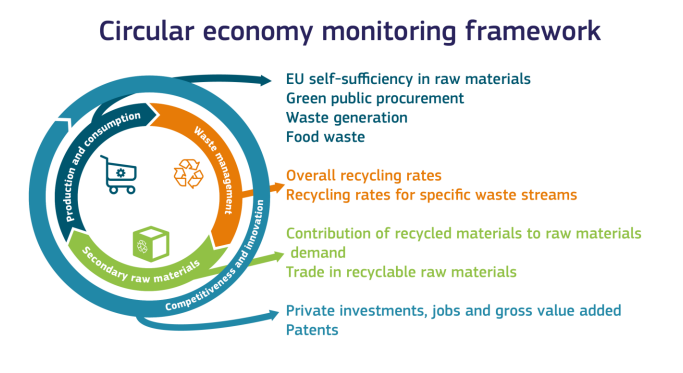 On 16 January, the European Commission published a Communication on the Monitoring Framework for the Circular Economy. This is a key tool to measure the progress of the circular economy in the EU and Member States, to determine if existing policy initiatives are successful, and to identify areas where more action is needed.

The framework is structured into four broad areas: production and consumption, waste management, secondary raw materials and competitiveness and innovation. Within each of these areas, more specific indicators have been identified.

Underpinning the commitment of the EU to the circular economy, Eurostat, the statistical office of the European Union, has launched a new website section dedicated to circular economy  that includes tools to monitor progress and documents the methodologies for the indicators, data sources, definitions and publishing standards.

Consultation on Funds in the Area of Strategic Infrastructure

In 2018, the European Commission will make comprehensive proposals for the next generation of financial programmes for the post-2020 Multiannual Financial Framework – i.e. the EU’s long-term budget.

The objective is to design proposals that enable the EU to deliver on its key objectives. As part of this, a consultation on funds in the areas of strategic infrastructure has been launched. The consultation closes on the 08 March 2018 and looks at areas including Transport Infrastructure, Energy, Digital Economy and Society, and Environment and Climate Action.

In parallel with this consultation, a series of public consultations covering the entire spectrum of EU future funding in areas including Cohesion; Investment, Research & Innovation, SMEs and Single Market; Migration; Security; Strategic Infrastructure; Values and Mobility has also been published. They can be found here.

The Commission will take these submissions into account when designing proposals for the post-2020 Multiannual Financial Framework and for the next generation of financial programmes.

A new report from the Joint Research Centre (JRC), Practices and opportunities for Energy Performance Contracting (EPC) in the public sector in EU Member States has stated that there is untapped potential for energy savings in public buildings.

The report specifically looks at EPC markets in the public sector during the period 2014-2016 and also undertakes a modelling exercise to determine the potential in the EPC market. The analysis find that there are a number of barriers to making progress in energy efficiency including limited financial resources, creditworthiness, human resources and split incentives.

An accompanying report to the market review has also analysed the potential energy savings and investment cost needs. The economic final energy demand savings potentials are around 34 and 58,5 TWh in the public buildings of EU Member States.

The report can be found here.

On 29 January, the European Commission will launch the EU Energy Poverty Observatory as part of their efforts to address energy poverty across the EU.

The aim of the observatory is to provide a user-friendly and open-access resource that will support public engagement on the issue of energy poverty and encourage the dissemination of information and good practice.

The launch event will be attended by the Commission’s Vice-President for the Energy Union Maroš Šefčovič, Commissioner for Climate Action and Energy Miguel Arias Cañete, and Director-General for Energy Dominique Ristori. The event will provide stakeholders and the wider public with information on the objectives and instruments of the Observatory and an opportunity to obtain feedback on their expectations of it.

The registration link can be found here