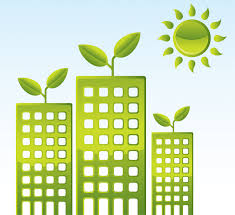 The production of construction products is cited as the most significant environmental impact and the importance of designing and specifying for resource efficiency is critical – with the most significant building elements to address being the floors, roof, structure and external walls. The guidelines also make reference to the circular economy package by promoting the inclusion of recycled construction materials and reduction of demolition waste.

In addition to the publication of the criteria, a procurement practice guidance document aimed at facilitating the use of the criteria in the different stages of procuring a building has also been published

The Committee’s opinion paper expresses disappointment with the unambitious 27% target for improving energy efficiency by 2030 and calls on the European Commission to move to a comprehensive cost-benefit analysis that takes into account the multiple benefits of energy efficiency and uses a social discount rate, which considers the costs and benefits together from the point of view of society as a whole (rather than the view of a single stakeholder group).

Encouragingly – the paper recognises the importance of national renovation strategies both in achieving a goal of nearly zero energy building stock (nZEB) in the EU by 2050 and in meeting the goals of the Paris Agreement. The paper calls for the prioritisation of national renovation strategies and urges that the second version of these, due in April 2017, should be built on proper engagement with stakeholders, follow mandatory templates and include intermediate five-year targets and implementation plans. The Europe Regional Networks BUILD UPON project is exploring these themes, and is preparing to co-host a major Leaders Summit in Madrid on 20-21 September to look at how national renovation strategies can help countries implement the Paris Agreement.

The importance of mobilising investment for the residential sector is also recognised, and Member States are urged to implement tax schemes and loan programmes to increase the low renovation rates for the existing building stock in Europe. The Committee also calls on the Commission to prioritise measures for energy efficiency amongst the energy poor.

The timing of this and anticipated Parliamentary actions are particularly important as the Commission is preparing legislative proposals, expected in September/October 2016, to update and revise the EU’s main energy efficiency laws.

On 1 June, the European Commission published a communication â€œEuropean standards for the 21st centuryâ€ which presents a vision for a single and coherent EU standardisation policy providing consumers and businesses with benefits and predictability. Standardisation policy is particularly relevant for the built environment sector as it will ultimately ensure the interoperability of complementary products and services.

A key element of the package is the Joint Initiative on Standardisation (JIS). This aims to bring together European and national standardisation organisations and bodies, industry, SMEs, consumer associations, trade unions, environmental organisations, Member States, the European Free Trade Association (EFTA) and the Commission.

The JIS will be formally endorsed on 13 June in Amsterdam where partners will commit to modernising, prioritising, and speeding up the timely delivery of standards by the end of 2019. A steering group will be set up to develop specific actions and subsequently monitor these actions and identify new ones. These will then be tabled at World Standards Day on 14 October 2016.

However, the negotiations have been fraught with difficulties as some Member States have lobbied to dilute the proposed 52% improvement in pollution-related health impacts to 48%. The Commission has estimated that the relaxation of the proposed target would result in around 16,000 additional premature deaths per year after 2030. On 9 June, the European parliament rejected these proposals to weaken the directive. The next meeting of EU Environment Ministers on 20 June will give Member States an opportunity to revise their offer. However, failure to reach a deal at this meeting will result in the directive being severely delayed.

Health and social benefits of nature highlighted in new study 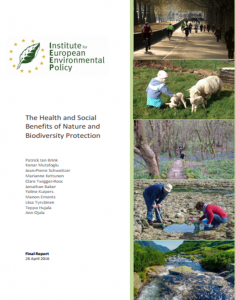 On 28 April DG Environment published a final study on the Health and Social Benefits of Nature and Biodiversity Protection. This study highlights the relationship between public health and nature, the socio-economic benefits of protecting biodiversity whilst analysing the different approaches being used across the EU.

The study offers a comprehensive assessment of public health benefits from improved air quality, climate, exercise and healthier lifestyles as well as the social benefits from access to nature.

The report specifically mentions the importance that building codes and regulations play in the incorporation of green infrastructure. It notes that regulations governing the management of redevelopment and new buildings are critical due to changes in the built environment over time and the long lifespan of buildings.

Successful green infrastructure projects highlighted in the report include Copenhagen mandating the use of green roofs and the Sheffield in the UK issuing guidance for the design, installation and maintenance of green roofs that have since turned into national standards

Launch of the Environmental Implementation Review

On 27 May, the EU published the Environmental Implementation Review (EIR) tool. This tool hopes to help businesses and citizens in EU countries save up to â‚¬50 billion by facilitating better implementation of EU environmental law and policies.

The EIR will provide a comprehensive overview on the state of play of how key environmental policies and laws have been implemented on the ground, map areas of excellence and identify implementation problems. The results will then be published in 28 country specific reports. The EIR will work with Member States to help them anticipate problems and identify solutions before they become urgent.  Additionally, the EIR will enable better understanding for the Commission on issues facing national authorities when applying law and policies of the EU.

The first reports are expected to be published at the end of 2016 and will subsequently be published every two years.

The committee calls for mandatory separate collection of paper, metal, plastic and glass and clarifies the Commissionâ€™s legal text to help ensure high-quality recovery of useful materials. This has been extended to other waste streams, such as wood, and bio-waste.

The committee also calls for the Commission to consider (by 31 December 2018,) the possibility of setting up re-use and recycling targets which apply to specific construction and demolition waste to be met by 2025 and 2030. In support of this, the Commission shall draw up a report ( accompanied by a legislative proposal), which may be sent to the European Parliament and the Council.

In addition, it proposes making separate bio-waste collection obligatory by removing the original condition that such systems only apply â€˜where technically, environmentally and economically practicable (TEEP) and appropriateâ€™.

The report will be sent to MEPs to table further amendments with a vote expected in November. A full vote in parliament will follow in early 2017. 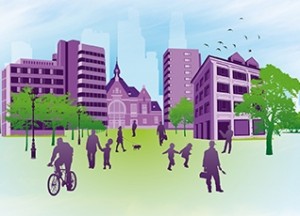 The main aim of the Urban Agenda is to improve the implementation of EU and national policies by involving cities in the process. This will be achieved through the development of 12 partnerships on 12 urban challenges. The partnerships will see various stakeholders including cities, Member States, EU Institutions, NGOs and business partners, working together to find common ways to improve urban areas in the European Union.

Four pilot partnerships have already started: on the inclusion of migrants (Amsterdam), air quality (the Netherlands), housing (Slovakia) and on urban poverty (Belgium and France). The remaining partnerships will be launched between the end of 2016 and summer 2017.

On 20 June, environment ministers across the EU28 will meet in Luxembourg for talks with Jean-Claude Juncker where they will be asked to collectively ratify the Paris climate change agreement. This will subsequently be ratified by the European Parliament.

French Minister for the Environment, Segolene Royal, who is co-chair with Morocco of the negotiating process, has also urged environment ministers attending the meeting to present a timetable for ratification in their own national parliaments.

Meanwhile in Bonn, UN climate talks aimed at turning the Paris climate change agreements into action concluded in May. At these talks, there was some progress on turning the vision achieved in Paris into concrete action, however, climate diplomats cautioned that more progress is needed at COP22 in Marrakesh.

On 29 June, DG Grow will host a final roundtable on the economic impacts of the Construction Products Regulation (CPR). This meeting aims to gather stakeholder views on the draft findings of a study analysing the economic impact associated with the implementation of Regulation (EU) No 305/2011 of the European Parliament and of the Council.

This regulation states that construction works must be designed, built and demolished in such a way that the use of natural resources is sustainable and ensures the following:

For further information and to contribute your views to this piece of work, please contact Lutz Koppen (Lutz.KOEPPEN @ ec.europa.eu ) 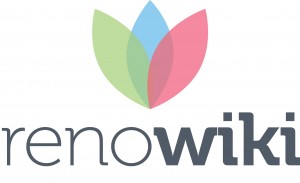 Each month, energy efficient renovation initiatives from across Europe which have been uploaded to the RenoWiki will be featured here. Subscribers are invited to check these initiatives out, explore the RenoWiki and submit their own initiatives so we can share them!

Our favourite initiative this month is a passive house project in Sweden which has seen the average energy use fall by 130KWh/m2/year. This project won the Sustainable Energy Europe Awards in the living category in 2014.